Skip to content
Home/Uncategorized/Riding The Swedish Snow
Previous Next

Words and Photographs by Michael O’Dwyer

The word adventure originated in the 13th century from an old french word aventure, meaning “that which happens by chance”  The verb evolved into aventurer  “wander, travel, seek adventure, happen by chance. In the 21st century we know the word more as: an exciting or unusual experience with an uncertain outcome.

On a dark winter’s day, with time on my hands and hours to kill, I decided to look for some podcasts to listen to. I came across a great British one with an episode interviewing someone I knew well.  “knew/know” is a loose term but by the time the interview was over I had a much deeper understanding of this man. An interesting part rose as the host attempted to put a label on the interviewee by calling him an explorer. They both agreed that they disliked the phase explorer, adventurer or extreme. He reluctantly accepted the label and the talk continued. It was the word adventurer which I got hooked on and it’s meaning to me. I needed my own adventure to figure it out. 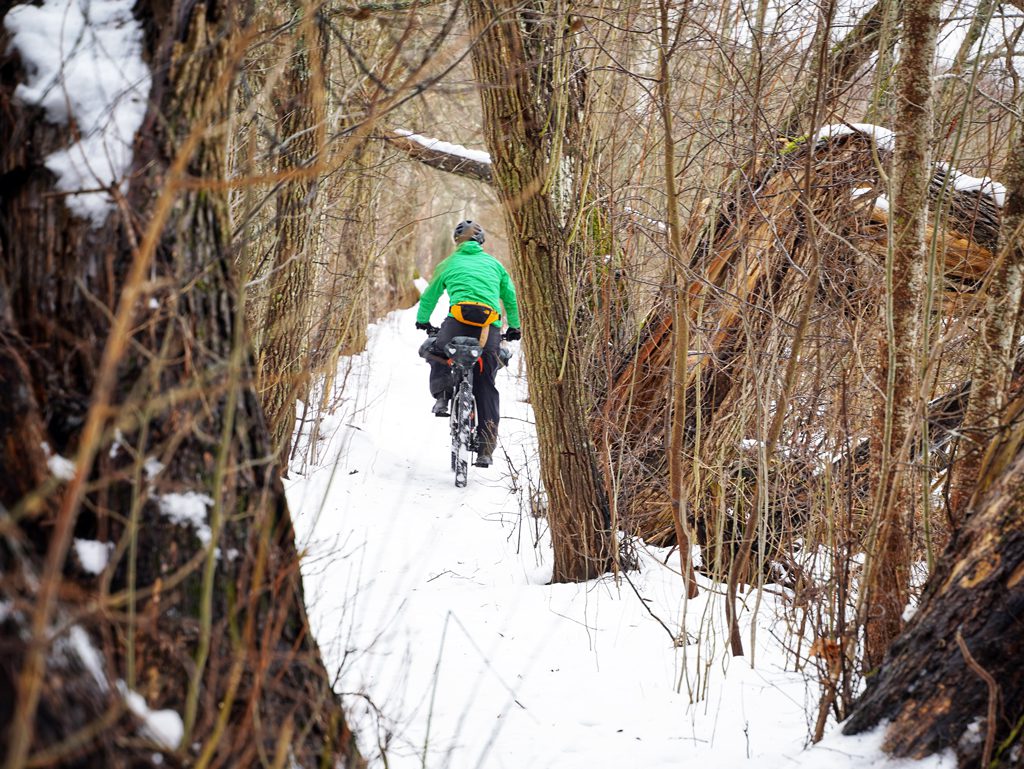 I had an idea to go bikepacking in the Swedish mountains during the winter. It can be cold there and with little deep winter experience I knew I had to gain some. I arranged a local overnighter and  managed to rope in several friends to join me. We were at the end of a relatively cold spell in Stockholm and after having a month of great snow I felt the time was perfect. The trip was organized and planned a week in advance but getting closer to the departure day temperatures turned and the deep snow began the process of reverting to its liquid self. It wasn’t an instant reverting but fast enough to make riding the planned singletrack difficult. 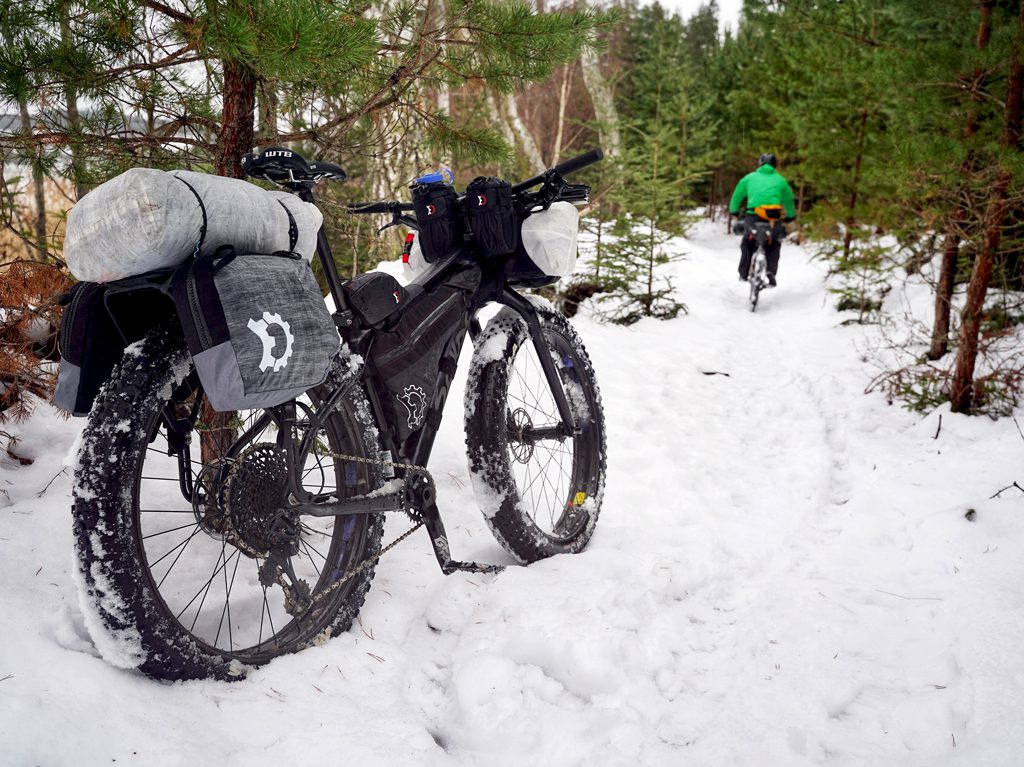 Designing our route I had us following forest trails, criss crossing gravel roads before landing at the perfect camping spot to tackle epic singletrack riding on the following day. Setting off we immediately felt the worsening conditions of the snow. Down to a crawling pace, flowy snow trails on the previous days became unrideable. We resorted to pushing our bikes to the nearest gravel road and began to chant “ We never go for a hike without our bikes “.

Once on the gravel roads, tracked out lanes from passing farm tractors and hunter’s 4×4’s had us cruising along. Well, cruising is a little bit of an over statement as we were laden down with our winter clothes and tents making even the easiest uphills a bit of a struggle. 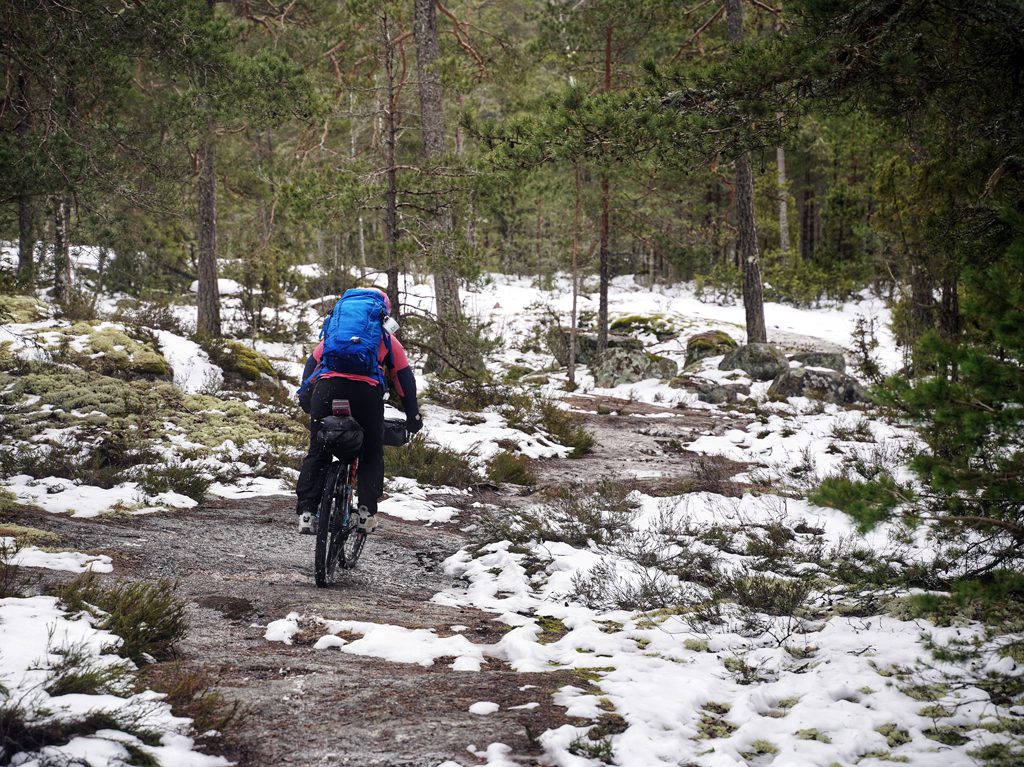 The day wore on and the temperatures increased. With the snow clearing we rode the final gravel lanes before turning into the deep forest. These less travelled roads gave us fantastic views over the lake and headland where we were to sleep that evening. As the night closed in we turned towards our fire and with the darkness engulfing our camp it made each of us focus on those around us. A bond was formed. Our world shrank but we took solace in the warm glow of the burning wood as we shared stories and laughed long into the night.

When morning arrived we crawled out of our tents into a changed world. Warm winds had removed most of the snow around our campground leaving us with a mix of conditions to deal with. Wind facing slopes would allow us to ride freely with virtually no snow to deal with. In the more sheltered parts we had our work cut out with unrideable slushy snow. 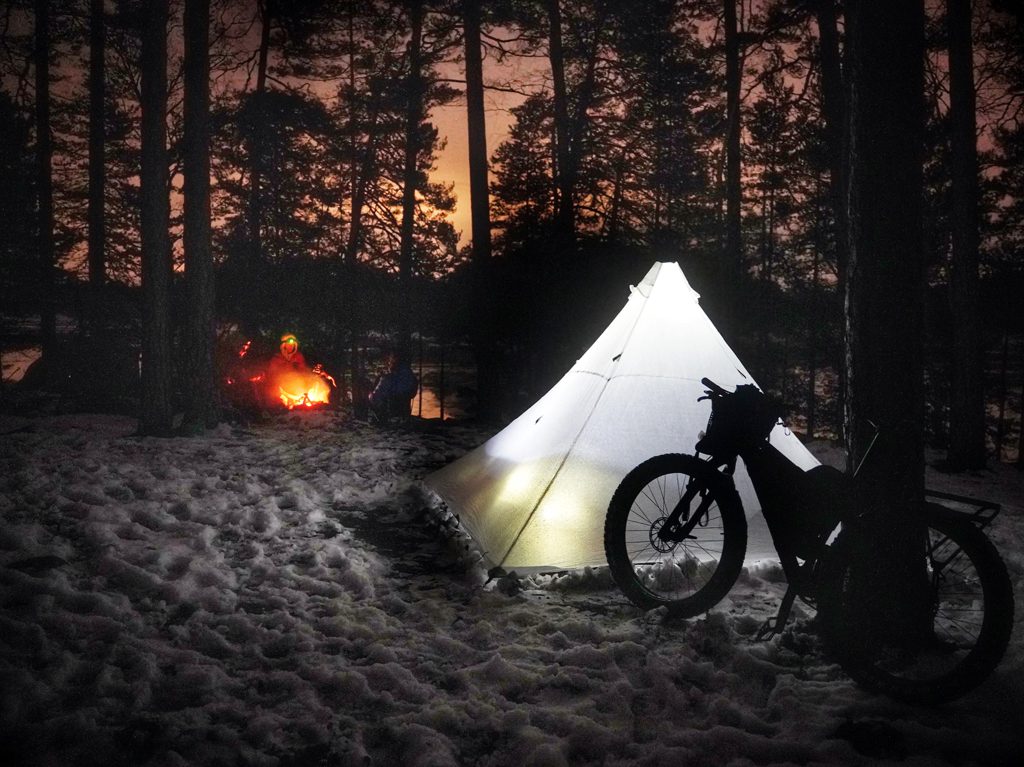 On breaking camp we checked out the condition of the local lake. With the snow now gone the naked ice revealed a beautiful marbled effect on its surface. We tested the thickness for safety before deciding to ride along a section as a shortcut to get to the singletrack. To be honest, I think we rode it as more of an adventure of ice riding than the actual shortcut. 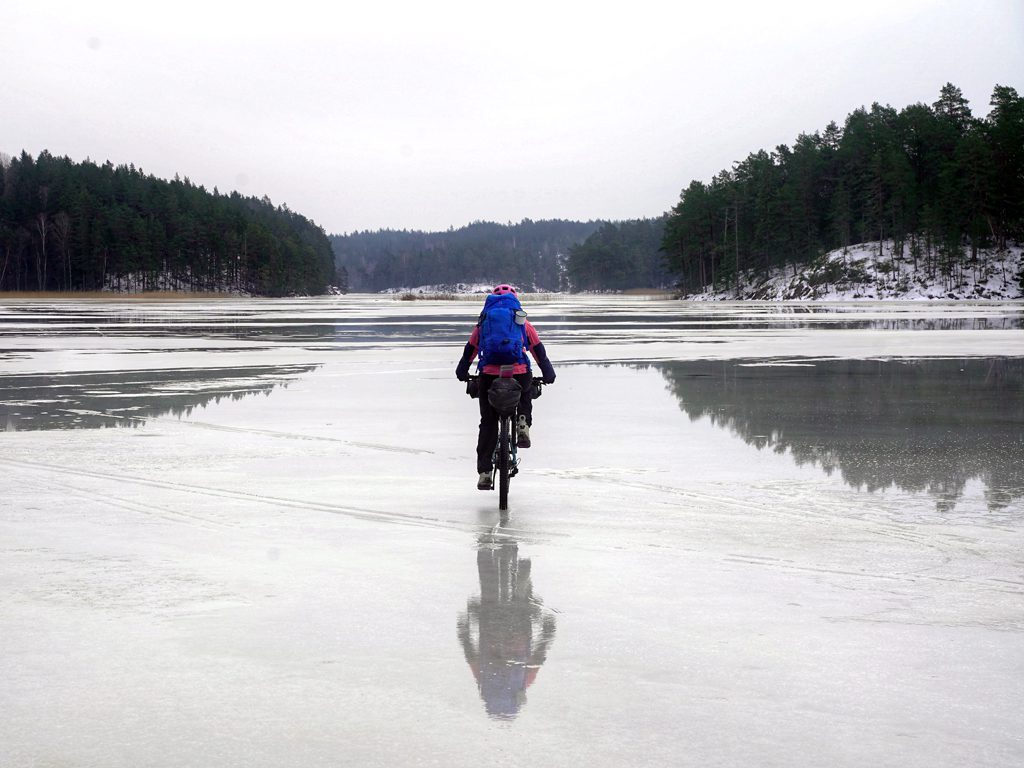 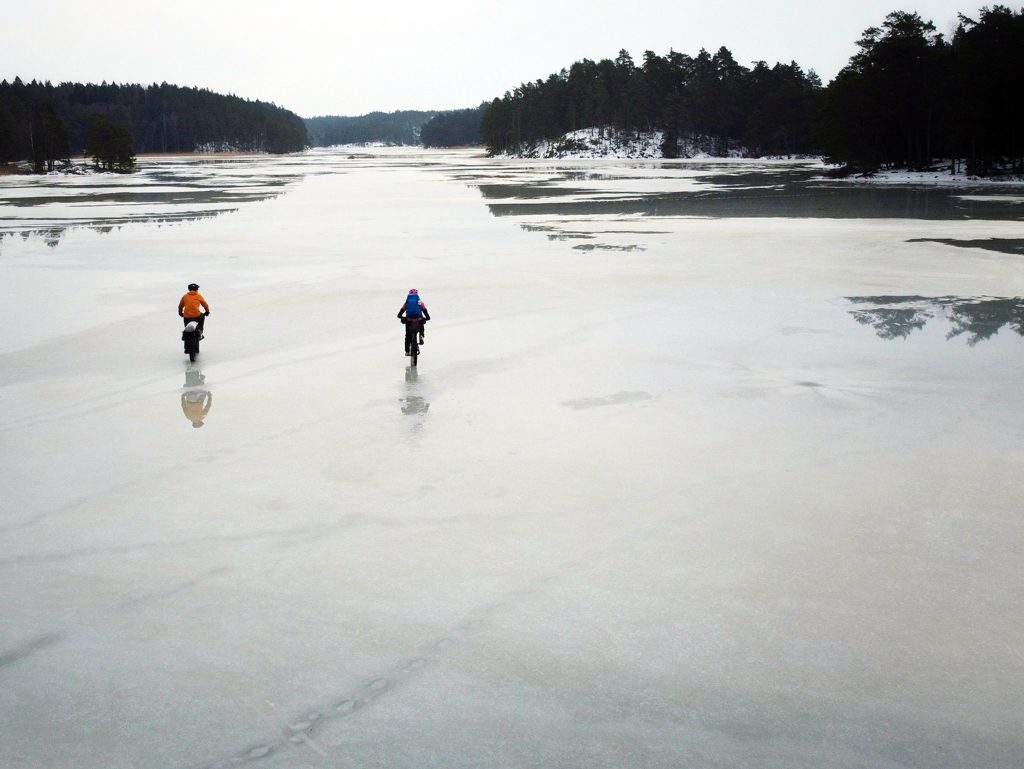 Back on terra firma we got to enjoy great singletrack riding along the lake’s shoreline. Weaving in and out of the trees with little snow to deal with. We wanted this trail to last forever. Arriving at a junction in the forest we stopped to drink some water and work out which way to ride. That’s when we first notice the markings in the snow. With no human footprints to be seen these large paw prints could only be one thing, wolf tracks. Looking around our excitement built. Were they still in the area or had they moved on? Wolves are notoriously shy creatures avoiding human interaction and it’s well known in Sweden that the wolves see and smell us long before we see them. 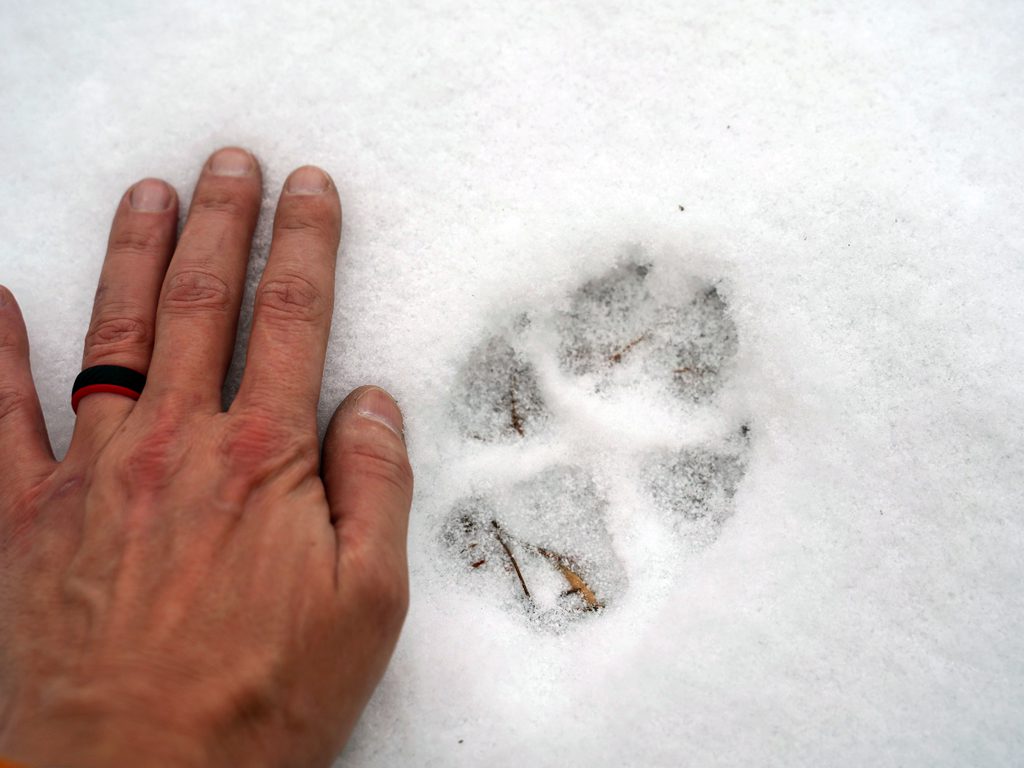 This trip was turning into a bit of an adventure. We had made it across the ice and to camp but didn’t know what was going to happen next. Would we find more animal tracks? Would we see some of the local wildlife? Was the trail to continue to be rideable or were we to be slog for hours to find the next gravel road?

The trail turned steeply uphill and not even the bravest of us tried to ride it. On a dry warm day maybe it would be cyclable, but not that day. As our single track reached the plateau our spirits lifted and after the obligatory photoshoot and power bar we got riding again. The slush had disappeared from the mountain leaving us with grippy Swedish granite allowing us to let it rip in the descend. I have never ridden such a technical trail with rack and panniers on board and I was surprised at how well the bike handled. 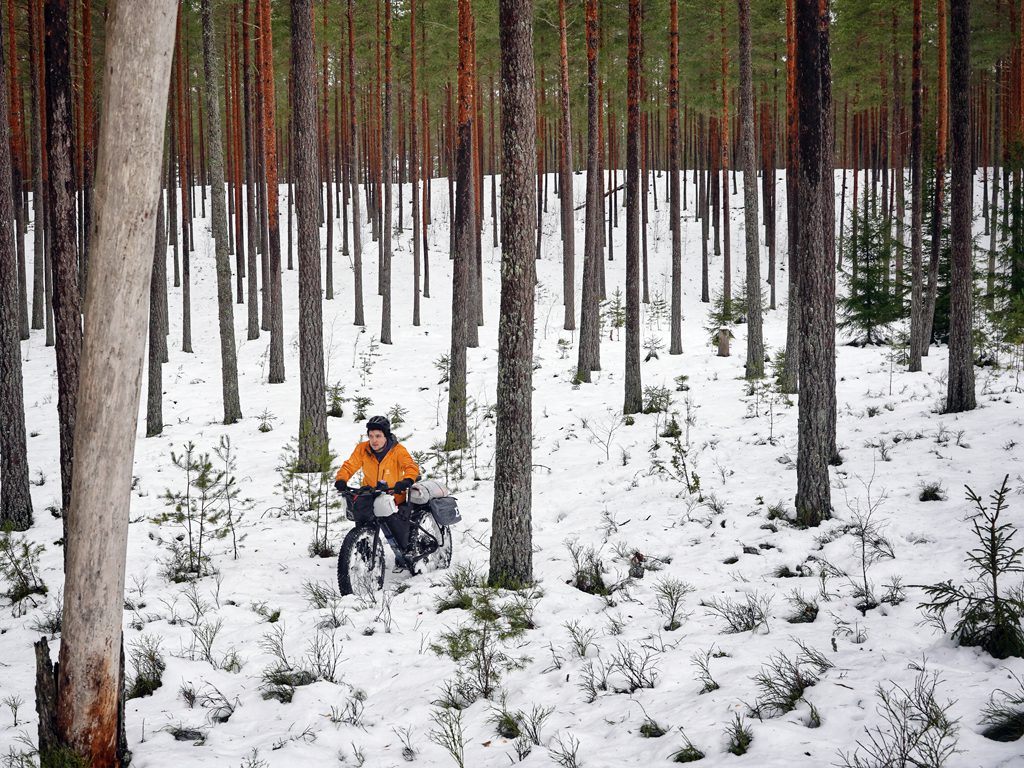 Arriving back to the sealed road my mind had time to process the trip. It was short, just two half days and not really that far from home. I guess you could have called it a micro-adventure. There’s that word again, adventure. Why were the two gents from the podcast against the word? On reflection I don’t think it was the actual word but more about how this word, and similar ( explorer and extreme ) are overused in the modern day. What level of extremity does something have to be in order to make it extreme? How big or grand does a trip have to be in order to make it an adventure? How far out of your comfort zone do you need to travel in order to find the journey extreme or an adventure? I guess it’s a personal opinion. In today’s society do we need others’ approval to justify our trip or use of words to describe it?  If your adventure, however big or small, takes you out of your comfort zone is that not enough to call it extreme?

I ride bikes but I don’t consider myself to be a cyclist. I ride my bike in order to get to places, the places I want to go. The adventure is not in the spinning of the wheels but in what happens in between. I go on my adventures in order to find a new version of myself. I grow into unexpected situations and figure out how to deal with them. Plans change and adventures help me learn how to accept this. Adapt, survive and move on.

When the snow had turned to mush and I was getting wet from my own sweat rather than the falling rain I knew my adventure had begun. When we made it across the ice and to the top of the mountain I felt our trip was adventurous. And when we arrived back at the road and civilization I knew our adventure was complete, I was happy.

To find more writing and images from Michael O’Dwyer, check out @BikepackingSweden and grvl.se

About the Author: Erik Fenner 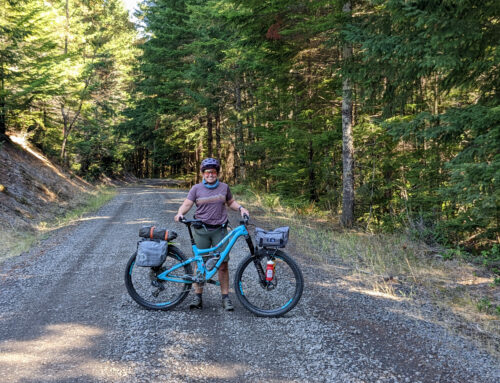 The Problem With Small Bikes 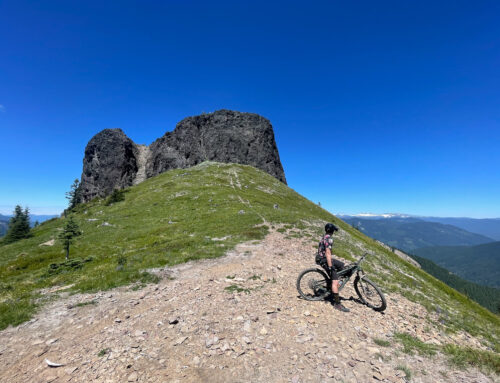 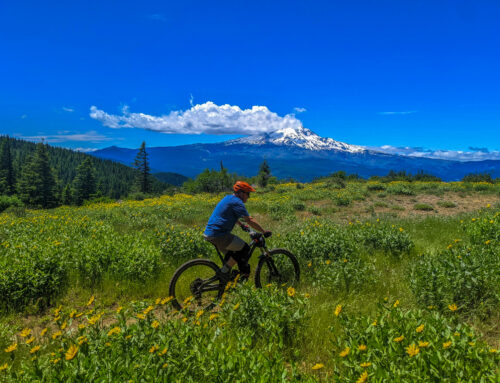 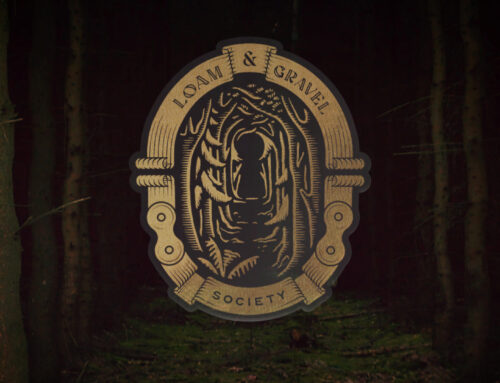 We need you to be our President. 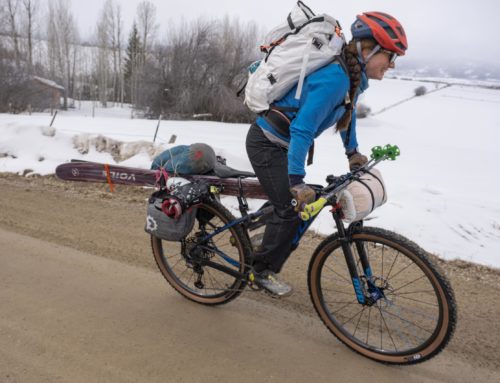 Rolling With The Seasons.

EN
Join Waitlist You all really like us! Sign up here are we'll be sure to email you when they are back in stock.
Go to Top